In 1990-1991 I spent a year at the newly opened Northern Clay Center in Minnesota. During that time I was awarded a Jerome Foundation fellowship which provided studio space and stipend, culminating in an exhibit in the NCC gallery. The resulting hand-built ceramic work was larger, more sculptural, the surfaces carved and the glazes matte. The influences of Minnesota pottery are evident in my switch from shiny yellows to more muted earthy tones. Returning to the midwest after a decade in Seattle, I was drawn to revisit stories from Minnesota history and folklore, pondering the versions I was taught as a child. 1991 also brought reports of the Gulf War, and in response, I did a some smaller teapots and vessel forms (Gulf Ware series) that reference Persian decorative ceramics and current events in Iraq. 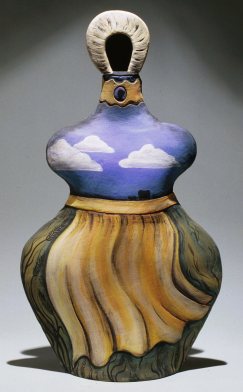 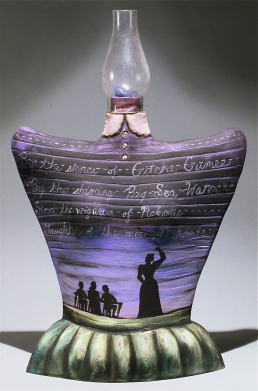 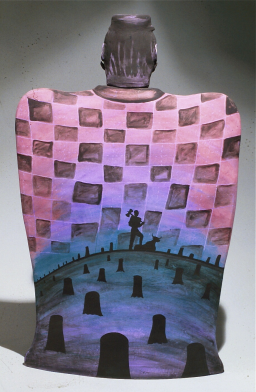 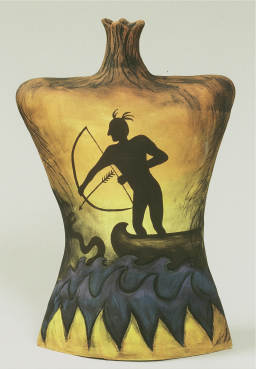 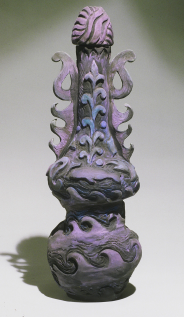 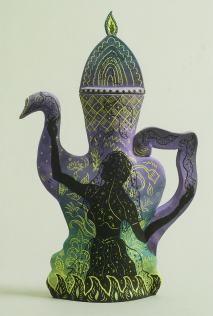 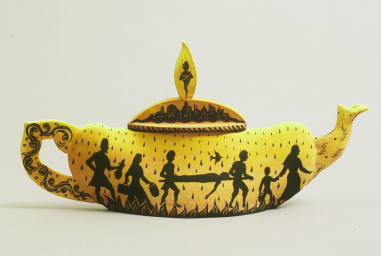