SpeidiShow was created by Rob Wittig and Mark C. Marino, in collaboration with Reality TV celebrities Heidi Montag and Spencer Pratt (aka Speidi, The Hills) and a team of netprov writers, designers, artists. SpeidiShow is a transmedia netprov (networked improv narrative) that was delivered across a range of online and social media over the month of October, 2013. Social media users and reality television fans were surprised with buzz about a new TV show starring the famous tabloid couple, Speidi. Each week’s imaginary episode of SpeidiShow placed Spencer and Heidi into a new parody of reality television. 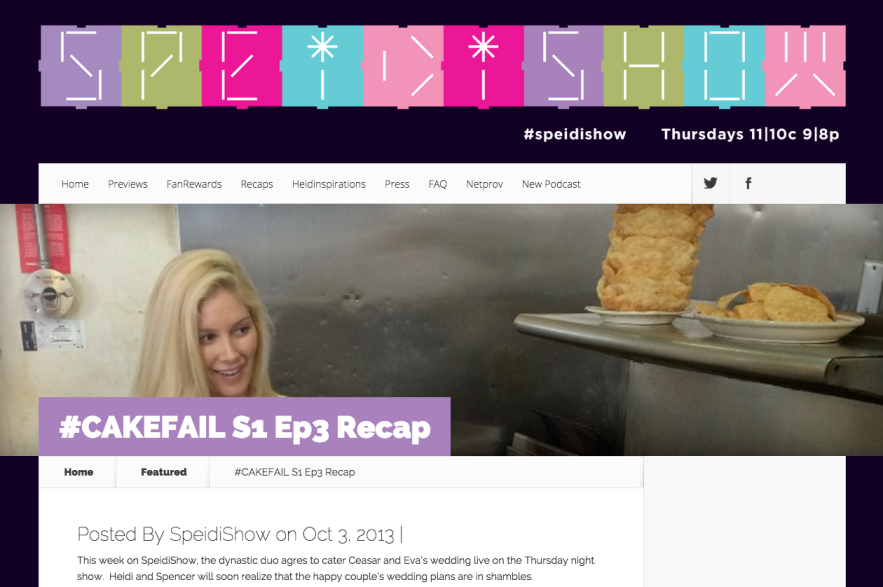 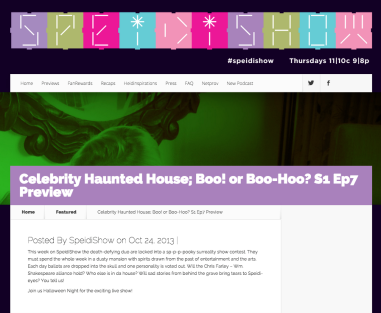 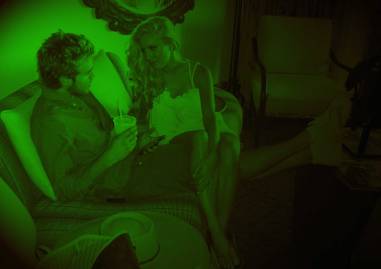 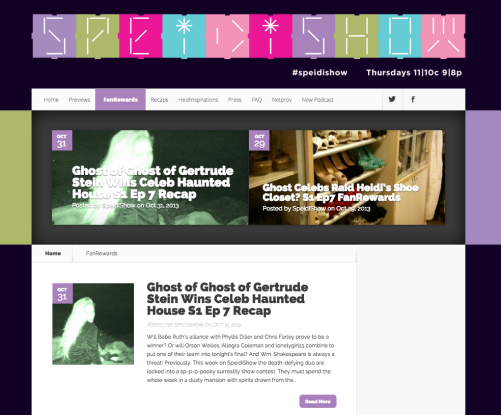 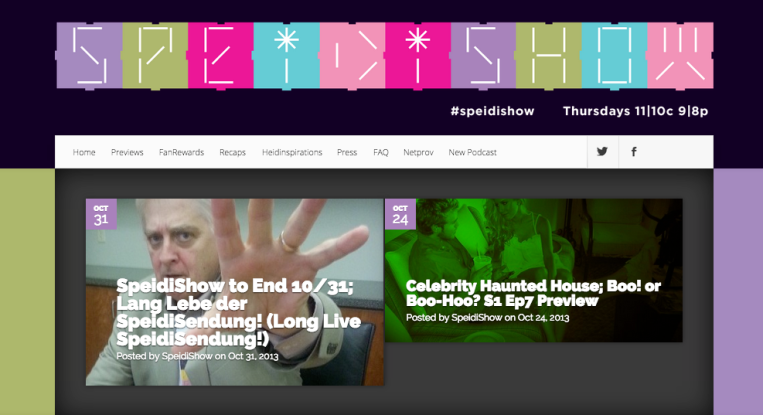 For the SpeidiShow project, the real Spencer and Heidi allowed use of their official Twitter feeds, tapping their vast social media network. Written collectively online, narrative episodes were absurdist and satirical, imagining Spencer and Heidi into (and back out of) some ridiculous dilemmas. Netprov writers far from Hollywood had fun playing along with the virtual celebrities. Though never broadcast on network TV, the fictional shows were intensely live tweeted over the month (Thursday nights 11|10c 9|8p) with everyone pretending to watch SpeidiShow together and coaxing fans and journalists into playing along too (on Twitter, Tumblr, WordPress, Youtube).

I participated in SpeidiShow by contributing visual content and generating fan buzz in Twitter. I created some Speidi-Super-Fan animations made by my fictional character Avi Tarret and posted on Youtube. I made avatars of the two celebrities in Moviestorm and animated my own short segments of the disasterous Wedding Cake Fail and Competitive Cutthroat Yoga episodes. Youtube video by Avi Tarret: Speidi Cutthroat YOGA